Skip to main content
The CRD Community Green Map website respectfully acknowledges  and celebrates First Nations’ histories, perspectives with place-based stories of cultural, natural, and technological sustainability. Mapped sites and stories identified as First Nations content, have been chosen and submitted, or moderated by First Nations organizations to be shared publically for the mutual knowledge-sharing benefit of Aboriginal and non-aboriginal communities in the area.
While the CRD Community Green Map uses the term “Capital Regional District (CRD)” to refer to the area that encompasses 13 municipalities and three electoral areas at the southern tip of Vancouver Island and the Southern Gulf Islands, we acknowledge that these municipalities’ administrative boundaries and forms of governance do not necessarily reflect the world view of the Indigenous peoples whose traditional territories are where these administrative boundaries fall. Indeed, we acknowledge that the act of drawing boundaries and pin-pointing sites and names on maps, is an act of literacy, not orality, and traditionally Indigenous cultures in this region were oral cultures, passing stories and knowledge down from generation to generation using only the spoken word.
If we were to use Indigenous language families to describe the CRD area, there would be one Wakashan and nine Coast Salish First Nations whose reserve lands and traditional territories fall within the CRD region. However, these language families are further broken down into sub-families, languages, and dialects, and it is important to note that these categories are on a living continuum, and firm boundaries cannot be draw between them, for the edges between Indigenous languages, and therefore Indigenous cultures, are permeable through unique cultural aspects, kin, descent and shared beliefs and values. The language categories that exist within the CRD region are Straits Salish (Klallam, Sencoten, and Lekwungen), Island Hul’qumi’num, and Southern Wakashan (Nuu-chah-nuth, Nitihnaht).
Below is a list of Nations whose reserve lands fall within the CRD region.
In addition to these Nations, we acknowledge there are many neighbouring Nations who have connections to the area.

More common in the precolonial Saanich was the idea of "soft borders." The term refers to a grey area between two territories and denotes the contrast to today's hard lines between countries, provinces, municipalities and even towns down to their postal codes In soft bordered societies, where the boundaries of two territories meet, the distinction between the two territories could hardly be described as a "hard line." Similar to the notion that people living on opposites sides of a mountain are likely to have different names for its features that are visible from both sides, the boundary shared by two territories is perceived differently according to what direction one tends to travel from more often into the grey area. Again in contrast to today's notion of borders, the other's perception tended to be respected, rather than disputed. (Phillip Kevin Paul, from W’SANEC.) 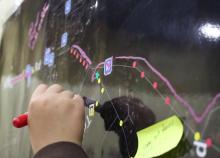 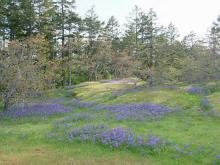